CALGARY, ALBERTA - The CACP elects a new Board of Directors

The CACP elects a new Board of Directors

CALGARY, ALBERTA – During today’s Annual General Meeting, the Canadian Association of Chiefs of Police (CACP) elected its new Board of Directors for 2019-2020, to guide the direction of the professional association. 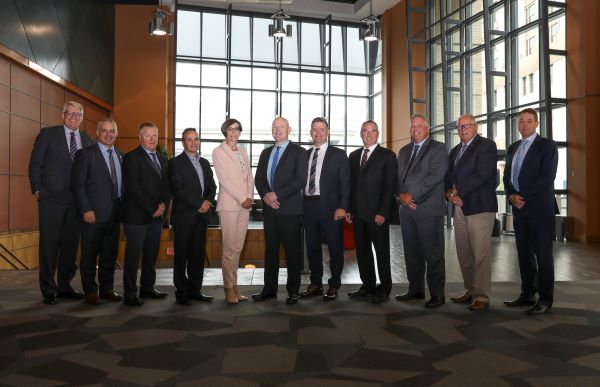 Chief Constable Adam Palmer, President of the CACP, welcomed the experience, ideas and enthusiasm of the following new members of the Board:

He also thanked the following individuals for their ongoing commitment and efforts as they complete or renew their 2-year term and provide continuity in the association’s leadership team. These individuals are:

The Canadian Association of Chiefs of Police was established in 1905 and represents approximately 1,300 police leaders from federal, First Nations, provincial, regional and municipal, transportation and military police services across Canada.  The Association is dedicated to supporting police professionals through innovative and inclusive police leadership to advance the safety and security of all Can